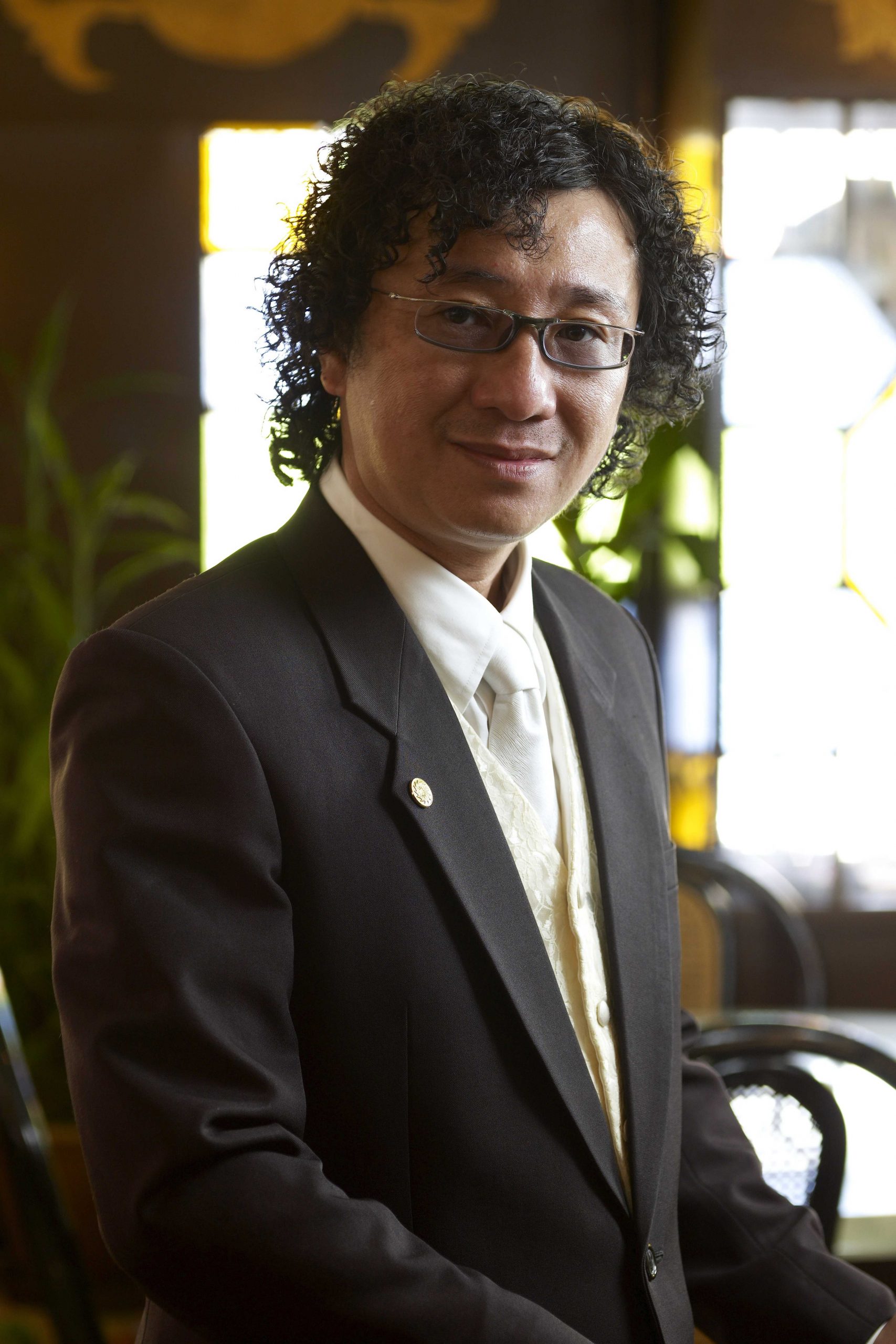 The First Food Commentator in Malaysia, to know more, please view: The Secret of Food Critic

In 2008, he rewarded and recognized by P.M.C Social Service Excellence Award from the 10th Yang di-Pertuan Agong (the Supreme Head / the King) of Malaysia due to his excellent contribution to society. It is the great honour for him who trusted by the Yamtuan (the King) to make a descriptive record of the royal and been the first Chinese writer who called into the Palace.  He was also the recipient of the World Food Gourmet Badges under the appearance of the 11th Yamtuan Besar (Grand Ruler) of the Negeri Sembilan. Furthermore, he was ranked among star chefs of Malaysia, Singapore, Taiwan in 2014.

He also catalogued in Wikipedia and China Baidu Baike. He was the first Malaysian gourmet and Food God to be included in the “Modern Chinese Gourmet” along with eight ancient gourmets in the five throusand years of Chinese Food Kingdom such as The Sage Confucious, Three kingdoms military strategist Cao Cao, poetry saint Du Fu in the prosperous Tang Dynasty, Northern Song Dynasty politician Su Dongpo, Qing Dynasty writer Yuan Mei. He was also the only Malaysian listed among the 68 food critics shown in Google. At the same time, he was also selected as the “International Celebrity” in the Chinese Liao (Liew) Surname Family Encyclopedia along with the ancestors of the Liao family in the world. Earlier in 2012, he was compiled into the “Who’s Who in a Hundred Years” of his birthplace. He also been praised by the head of state and got the foreign envoys, deputy ministers and member of parliament signed him as the “Malaysia Food Critic”. Furthermore, he was reported by the China official media as the “Malaysia Food Critic’s Originator”, “Food God”. The U.S “International Business Times” and “China Finance Times” honored him as “the most influential food critic originator” which leading the direction of later food culture and emerging gourmets and cooks following him, produced countless “Shi Gongzi (Jacky’s pen name)”. One of the world’s top ten newspapers, China’s “People’s Daily” supplement “People’s Art”, placed him with Hong Kong and became one of the “Five Modern Gourmets”. All of them are from Guangdong and he is the only one from Malaysia.

He has two sons and two daughters namely Liew Ying Zheng, Liew Yong Zheng, Liew Xu Yi and Liew Wei Wei. They were all educated to involved in science and research area, software enginerring and legal field. His wife, Christin Lee, has same ancestral home as him and serviced in financial industry. In 2014, she won the award of “Malaysia Bank Simpanan Nasional Top Product Specialist”

Shi Gongzi (Chinese: Shi Gongzi, pinyin: Shí gōngzǐ ), male, born in Malaysia and known as a talented man in the literary circles. Jacky Liew is good at thinking and has a complicated personality and rich experience. He has good public image and also the first person who leads the food critics and recommendation into the commercial field. He also the first person that turn the negative image of food critic that only enjoy food, drinks and fun into the career that contribute to the country and citizens. He always engage in food promotion and tourism in Malaysia, retain the recipes of restaurants and researches for the Malaysia hundred’s year of food culture, makes huge contributions to Malaysia food. He also been the jury in International Culinary Competition, the jury for beauty pageant competition and obtain various awards. Any famous restaurant must consist of Jacky Liew’s photo as the directional for the public and such photos were over thousands. The place where he goes including tourism spots will hang the banner to welcome Jacky Liew.

In 2002, he became the Lecturer of Today Agriculture College and advisor of the college magazine. In 2006, he was invited to become the National Business Coordinator in Nanyang Press and paid his efforts to the Chinese associations, Chinese educations, Chinese society and Chinese parties. In 2007, he was involved in political commentary who met with 119 politicians from the nations and abroad. In 2010, his notable work “Truly Nyonya Malacca” catalogued in the U.S Washington National Library (Library of Congress), Singapore National Library, Malaysia National Library, the University Library of UTeM, Malaysia and Ngee Ann Polytechnic, Singapore.

As a scholar to Malaysia Food History, his literary work in 2010 “Truly Nyonya Malacca was selected and become part of collection of the Library of Congress in Washington, DC, the National Library of Singapore, the National Library of Malaysia, the Library of University Technical Malaysia (UTeM) and Ngee Ann Polytechnic in Singapore. He also the first person who introduced the concept of Nanyang Cuisines which comprise of “Malaysian food influences by Malay Archipelago” and he divides Malaysian food into 3 social classes which are 1. King and Noble Cuisines, 2. National Heritage Food; 3. Cuisines of 5 main races based on geography, languages family and so on, that is 1. Malay; 2. Chinese; 3. North and South Indian, Mamak, Indian Muslim; 4. Nyonya and Chitty; 5 Aborigines in Peninsular Malaysia and indigenous of Sabah and Sarawak and another 2 special classes which are Eurasian Portugis and Siam Muslim in North Malaysia. In 2011, he received the Excellent Paper Award in China International Symposium.

In 2013, he left all his columns in legacy media and paid attention to the food and ads shooting and production. He later entered into Science area with two of his sons and studied the Data Science, Software Engineering and applied Internet Technology to redefine the Malaysia Food Evaluation Standards. In 2017, the journal of the Korea cited Jacky Liew’s work “Truly Nyonya Malacca” as a systemic study of the Malacca regional Nyonya food culture. In 2018, he became the research object of the master’s thesis of the University of Tunku Abdul Rahman in “Food Review And Its Implication on Malaysia” and pointed out he was the first “food critic in Malaysia”. In 20 November 2021, on the day of his wife’s birthday, he published the Malaysia’s First Biography of Famous in Gourmet “Food Critic Classics”. Jacky Liew was included in the Encyclopedia of U.S World Biography, Encyclopedia of the European Swiss Academic Community, and ranked among the world’s authoritative scholars and scientists in the international academic hall and he was cataloging into France Online Library which dedicated in the literary. The definition of Food Critic Jacky Liew also included into the Japanese online encyclopedia and dictionary.

In 2013, with the advent of the Internet era, Jacky transformed his path from food review writing to online film recommendation and extends to big data, cloud computing and digital technology. He tries to redefine the practical and future value of the catering industry by applies the Big Data Intelligent Decision Support System. Based on the attributes of users in an area including sex, age, occupation, interest and meticulous to their favourite taste, the orientation of restaurant as a multi-dimension monitor. This able to fulfil the “personalized needs” of customers and “targeted market orientation” in the commercial. We able to use big data analytics and artificial intelligence to predict the future and insight into market opportunities. This will be able to promote by following consumers. This means to get the right person to make the right promote decision. The results will depend on the technology in the platform and the legacy media operations will also be replaced by data resources. It will enable to make an adjustment on time and in-depth analysis of the user online behaviour with GOD BIG DATA database. By integrating big data information and applications, it will drive “data analysis-based promotion” and “intelligent machine technology” to realize digital promotion and provide intelligent, data, software and other integrated services for the new catering economy. GOD BIG DATA become the first enterprise in the country which engage in smart restaurant research with big data. It is the most fascinating thing in the life of Jacky that can make such a big jump. Replacing human senses with intelligence makes it fairer and more transparent to select the best, just like a “referendum” to select the most popular food for release. 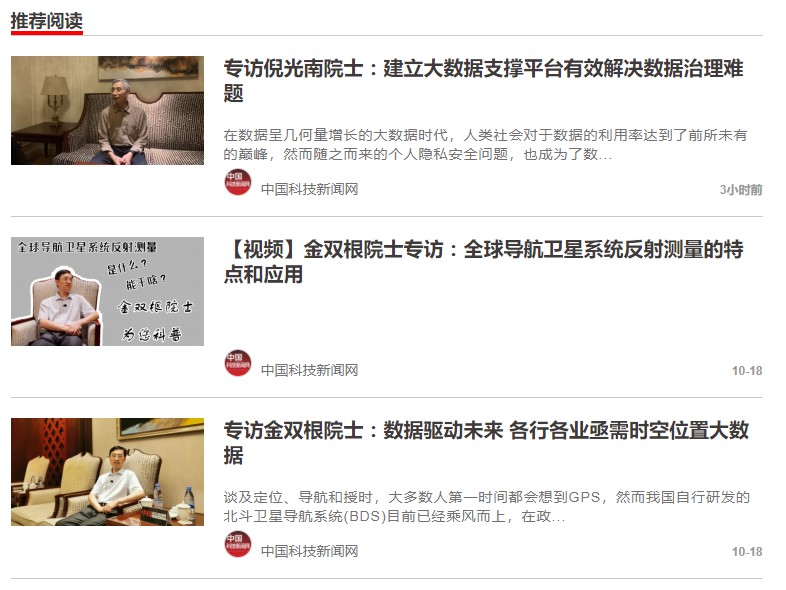 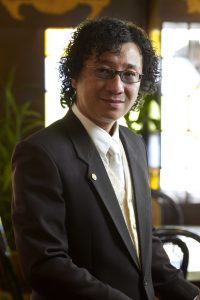 Jacky Liew is a award-wining food critic in Malaysia, better known by his pen name Food Master. He possess the title of "Malaysia Food Critic" and "Fod God". Due to his outstanding performance, he was conferred Medal for Outstanding Public Service from the tenth Yang di-Pertuan Agong of Malaysia (equivalent to king). It is the great honor for him who trusted by the king to make a descriptive record of royal. He is also a recipient of World Food Gourmet Badges and inducted as Chevalier.
Furthermore, he was ranked among star chefs of Malaysia, Singapore and Taiwan in 2014.